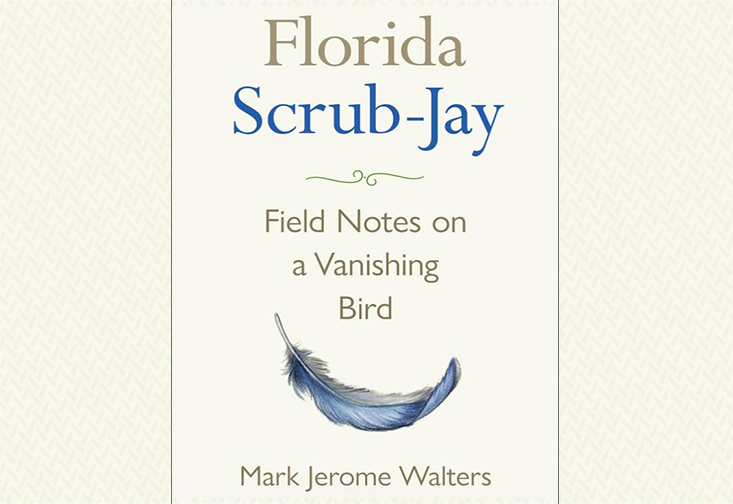 Of the many beautiful birds that wade in the waters, sun on beaches and flitter through oak forests and wetlands around the state, only one lives exclusively in Florida.

The Florida scrub jay is a blue and gray songbird that not only resides solely in Florida; they usually remain just a few miles from where they hatch. Their home is the low-growing patches of sand pine and oak scrub habitat that consist of young forests, sand ridges and even dunes found scattered around the state.

Once a common presence, a century of development and the expansion of citrus agriculture has decimated the bird’s habitat and subsequently its population. Now, just several thousand individuals live in isolated pockets in Ocala National Forest, on sand dunes around Lake Wales, beside Kennedy Space Center and in parts of Manatee County – with a few remnant populations scattered between.

In “The Florida Scrub Jay: Field Notes of a Vanishing Bird,” USF St. Petersburg campus Veterinarian and Journalism Professor Mark Walters traveled the state to report on the natural history and historic decline of this once prosperous species, while documenting efforts to stave off extinction. It is Walter’s third book regarding an extinct or endangered bird, what he calls a trilogy on largely unknown birds either extinct or facing difficult times.

“The first book was on the dusky seaside sparrow, which went extinct in the 1980s near Kennedy Space Center,” said Walters. “The second was on the sacred raven of Hawaii, where none are left in the wild and just a handful in captivity. But this most recent book gives reason for hope. There are still a lot of scrub jays left in a few places. There is every reason to think that it could survive.”

We talked with Walters about the Florida scrub jay’s unique natural history and reasons for hoping their outcome could be different from other birds that have gone extinct. This interview has been edited for length.

It’s interesting that this is the only bird that lives exclusively in Florida. Why is that?

It’s a long history. This actually used to be a western bird. The scrub jay’s ancestors lived in places like southern California and parts of Mexico in habitat called chaparral (Spanish for place of the scrub oak). About 2 million years ago, sea level fell drastically and opened up a large corridor for animals and birds to disperse through. During this time is when the scrub jay reached Florida. Sea levels eventually rose again and cut off the scrub jay from its ancestral habitat out west. Over hundreds of thousands of years of evolution, it became its own species.

As sea level rose again, it flooded many parts of Florida and left very few places for a scrub jay to live. They ended up surviving on the sand dunes in the central highlands of Florida, some of the oldest habitat remaining in the state, as it mimicked what they lived in out west. These sand ridges and dunes don’t exist anywhere else in the southeast and are really an ancient refuge for scrub jays and several other species.

If you ever watched old western movies, some of the landscape in those films is a lot like habitat in parts of Florida. You can film parts of Florida and think you were in Texas.

Prior to the population explosion and mass development of Florida, how common were they?

It was both rare but also locally common. It lived in only a few spots in Florida like today, but there were a lot of them at these locations, especially in Ocala and Brevard County, in the central highlands and Lake Ridge area and in parts of Manatee and Sarasota counties on dunes along rivers. They were very common in these places.

I know this is a big question with no simple answer, but what were the massive changes to Florida’s natural environment that took place over the last century that resulted in this bird’s habitat dwindling extensively? 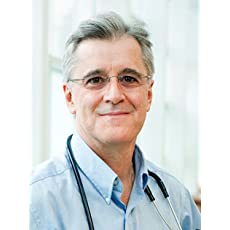 What would you say is the most common symbol of Florida? Probably the orange? It is ironic that people identify oranges as a native species, but they are not. They are from Asia and became very “invasive” with the help of humans. Oranges were planted in a lot of areas where the scrub jay lived. This orange that many people see as pure Florida actually led to the destruction of the only true native bird of Florida.

Florida weather was great for citrus, but the ground was terrible. In order for citrus to grow, people had to utilize hydroponic agriculture and tons of chemicals. Many of the ancient dunes of Florida would eventually serve as “greenhouses” for citrus, and it became a huge agriculture product. We made an exotic species thrive in a place it never would otherwise have grown while wiping out a species in the only place it was meant to live.

Another major issue is that Florida doesn’t have a lot of high ground. A lot of towns became situated in higher areas where it was dry, and that happened to be on dunes. The neighborhood where I live is 25 feet above sea level, and it used to be scrub and pine habitat. But in the 1920s, it was converted to orange groves and then became a development. That was the historical succession that occurred all around the state, destroying scrub jay habitat until the birds and other species that rely on scrub have been eliminated.

What can be done to prevent this bird from going extinct?

The largest concentrations of scrub jays are around Kennedy Space Center where there are about 700 birds. There’s probably a little less in the Lake Wales Ridge region, and then a third area is in Ocala National Forest, where there are probably 1,000 family groups. It is really the only place they are doing well. One thing we can do is connect the smaller scrub islands that remain so the birds can mingle. If you have an isolated island of scrub jays, it becomes genetically isolated over time (which could lead to inbreeding) and will decline. They don’t tend to fly in open areas because of hawks, and don’t fly in forests for the same reason, so you need to expand scrub habitat to connect these islands so the birds will move, even if across a limited area.

The other main issue is that for scrub habitat, there is really a narrow window of time before it grows and matures into an oak forest. You only have about 3-15 years when they are trees that are the right size for scrub jays. You need fire to burn back areas of mature oak forests to maintain this window of scrub. The problem is the lack of forest fires. The one who really killed the Florida scrub jay was Smokey the Bear. The real fountain of youth in Florida wasn’t water; it was a fountain of flame which naturally maintained such habitats across Florida, including the scrub jays.

“Prescribed burns” can help create more scrub. But many of these preserves and areas where scrub jays exist are surrounded by dense development, making it really challenging to do prescribed burns without sending smoke onto patios and into living rooms. The point is, you can’t just set aside 10,000 acres of scrub and expect it to solve the problem because it has to be managed and periodically burned back by humans. Lightning fires are pretty much a thing of the past in Florida thanks to Smoky and his fire-fighting friends.

What gives you hope about the future of the scrub jay in Florida?

I’ve written three books on birds. The first bird I wrote about went extinct in the 1980s. The second was on the sacred raven. There are no more left in the wild and just a handful in captivity. But with this book there are still a lot left in a few places. There is every reason to think that it could survive in locations like Ocala National Forest. Land managers there have set aside 50,000 acres in Ocala and are beginning to manage that for scrub jay. That could eventually double the population.

I have hope and there is no reason this bird has to suffer the same fate as the dusky seaside sparrow and so many other birds. But it won’t happen on its own. People will have to help.