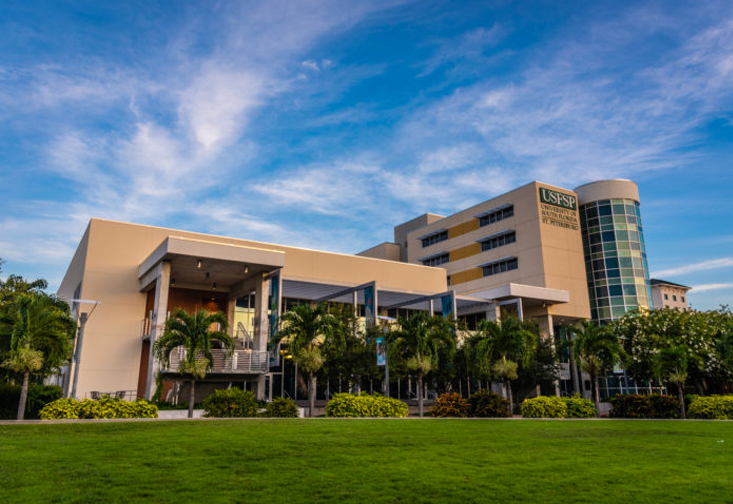 By the end of this year, the diversity and inclusion task force hopes to present and adopt several high impact priorities and establish the steps necessary to put these actions in place.

In the wake of a series of police shootings and racial injustice incidents that ignited a national civil rights movement, USF’s St. Petersburg campus is working to bridge efforts between the university and the greater community to address pervasive racial inequities.

The campus organized a diversity and inclusion task force to examine its current policies and practices alongside ongoing efforts in the city of St. Petersburg, with the intent of strengthening actions that promote greater equality and a more inclusive environment. Members will research best practices, develop collaborations and look into adapting successful programs from other localities.

By the end of this year, the task force hopes to present and adopt several high impact priorities and establish the steps necessary to put these actions in place.

Members of the task force include university administrators, faculty and students as well as city officials and representatives from nonprofits and business. Some of the members are:

“As a campus absolutely committed to the values of diversity and inclusion, where our students launch initiatives such as You Belong Here that reflect the community and compassion they want to see in the world, we have an obligation to dedicate financial resources as well as resources of people and time to further those values and to live our lives in accordance with those values,” said Tadlock.

“The work of this task force will have lasting impacts on our community that resonate far beyond the obvious intersections between the university and broader city,” said Tomalin. “We expect the thought leadership, innovations and outcomes produced by the task force will serve as an example of integrity and prioritization of systemic inclusion that lifts us all.”

In recent years, USF has worked to address inequities in higher education, striving to create a more diverse and inclusive learning environment. In 2017, the St. Petersburg campus hired its first diversity officer to advance initiatives around diversity. The following year, the campus’ first Diversity and Inclusion Action Plan was instituted. So far, the plan has resulted in the campus adjusting search processes and hiring policies, developing partnerships with local civil rights organizations and dedicating greater resources to recruit, retain and graduate students from underserved communities.

“Through feedback we received as part of the plan’s listening sessions, students of color are saying they want to see more students like them on campus and that the population should be reflective of the community,” said Caryn Nesmith, who leads strategic initiatives for the regional chancellor’s office.

The community of St. Petersburg, like other major cities across the nation, continues to deal with racial disparities that lead to unequal outcomes. A 2020 report from the Tampa Bay Partnership found African Americans, when compared to white residents in the region, are more likely to live in poverty, to struggle in school and earn less.

How much less? A 10 Tampa Bay WTSP news investigation this year uncovered that in St. Petersburg white families earned a median income of $58,828, whereas black families earned $22,488 less, or $36,340.

With this as the backdrop, the killings of unarmed Black individuals Ahmaud Arbery and Breonna Taylor, and especially the video of George Floyd’s death as a Minneapolis police officer knelt on his neck, led to an awakening, said Madden, who is also a member of the task force.

“I believe we all, as individuals and institutions, began looking at ourselves and asking what are things we can do. Regional Chancellor Tadlock was passionate about developing a group where people in our community can go to talk about what is going on and take action to make lives better for our students and community.”

Though the work of the task force is just beginning, the group has met twice and is brainstorming ideas and researching a variety of initiatives, such as:

He also created a new position, senior advisor to the President and Provost on diversity and inclusion, which will be occupied by Elizabeth Hordge-Freeman, associate professor of Sociology. Hordge-Freeman will partner with campus-wide groups working on issues related to diversity, equity and inclusion such as curricular development, professional development of faculty members and staff, and helping to ensure that hiring practices for administrators and faculty are free from bias and reflect USF’s commitment to diversity.

“Addressing diversity and equity concerns is not a job for one person and if there are no resources and people in place to help move this along, it won’t happen,” said Madden. “But there are so many people across our campus and in the community who are doing the work and are invested in addressing these inequities that have existed for a very long time. I am excited about the direction in which we are moving.”

If you are interested in learning more about the activities of the task force on diversity and inclusion, please contact Caryn Nesmith at carynn@usf.edu.

You can find a full list of task force members below: