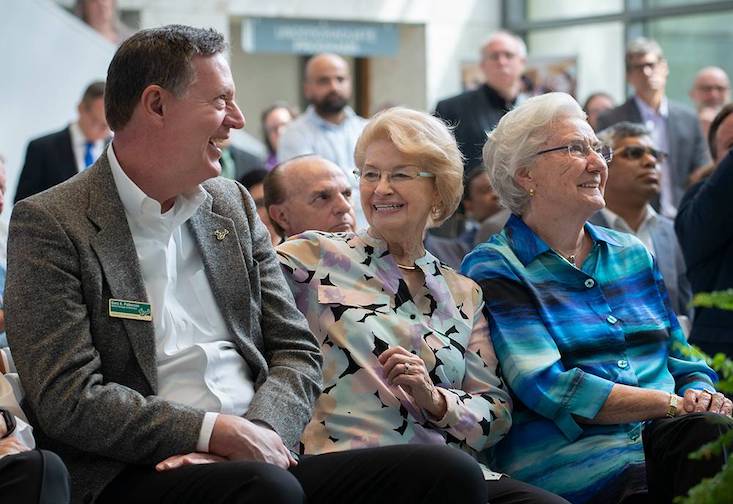 After a year-long search, the University of South Florida’s Muma College of Business appointed Gary Patterson, a longtime associate dean and finance professor, to lead the Kate Tiedemann School of Business and Finance.

Patterson said that while the deanship was not a position he sought — he did not submit his name to be considered by the search committee — but he is excited to lend his steady hand and work to continue the school’s upward trajectory.

“The Kate Tiedemann School of Business and Finance offers so much potential for our students, faculty, and community partners,” he said. "We have an amazing group of dedicated faculty and staff, and I want to support their efforts so that our students can succeed at all levels — undergraduate, master’s, and doctoral. Our efforts will support the mission of the Muma College of Business, and such work will help the school thrive on all three campuses to the benefit of the region and state.”

He is one of USF’s longest serving leaders. He started at USF in 2000. Not only is Patterson a familiar face, but he has filled in and served in the interim dean role three times before. He officially takes the reins on July 1.

His appointment comes at an exciting juncture for the school.

The school recently received gifts totaling $14 million from philanthropists Kate Tiedemann and Ellen Cotton to bolster financial technology education and create the Fintech Center, whose goal is to become a “hub of excellence” under a four-pillar vision. The plan involves creating professorships to attract top-tier faculty, changes to the finance degree programs, and a focus on community and entrepreneurship.

“The school is expanding into some exciting areas in finance. The generous support of our donors allows us to move strategically and play an impactful role in fintech,” he said. “We are repositioning the MS Finance program to attract more domestic and international students. We also have two undergraduate programs that offer much potential, Personal Financial Planning and Real Estate, so it will be rewarding to see these programs grow into their potential.”

Patterson said he accepted the position after Lynn Pippenger Dean Moez Limayem convinced him that he was the right person to lead the school. Limayem, who will soon leave USF to become the president-elect at the University of North Florida, offered Patterson the top job, effectively ending the search committee’s work.

“Working with Moez Limayem was a very positive experience; he was a wonderful mentor,” Patterson said. “He built an incredibly talented leadership team within the college, so it is a pleasure to continue working with them.”

“I agreed to accept the offer to build momentum that exists for the school and to serve with this incredible team. I am committed to the success of our school,” he said.

Patterson, who holds a deanship named for the couple, served as interim dean of the Kate Tiedemann School of Business and Finance in 2009 for three months, from 2014 to 2016, and since July 2021.