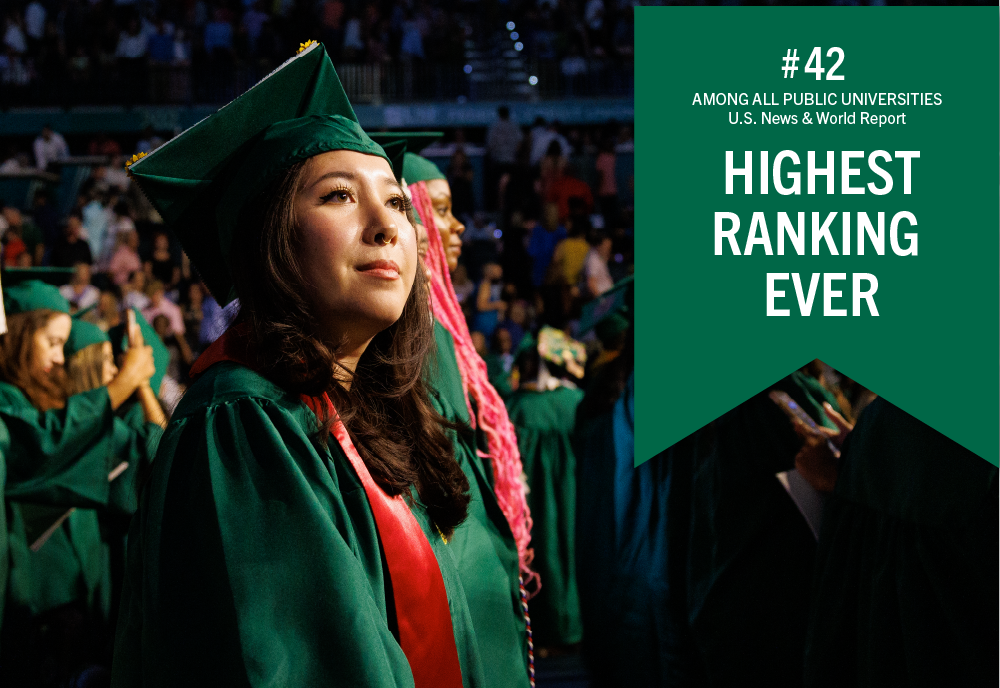 University of South Florida rises to its highest position ever in U.S. News & World Report rankings

"The University of South Florida is proud to achieve our highest-ever position in U.S. News & World Report’s rankings and to once again be recognized as America's fastest-rising university,” USF President Rhea Law said. “USF’s standing in the rankings is a testament to the hard work and success of our faculty, staff and students, who make an impact in our communities every day. We will continue to help shape the future for our society as we pursue our goal of becoming a top-25 public university.”

The U.S. News methodology combines a host of factors, including student graduation and retention rates, class size, student debt, faculty excellence and academic reputation. USF ranks ahead of, or is tied with, six public institutions in the prestigious Association of American Universities, the top 65 research universities in North America that USF aspires to be eligible for future membership.

Reaching its highest position ever in U.S. News rankings continues a historic stretch of achievements for USF.  The university recently welcomed its largest-ever class of first-year students and received the most applications from prospective students in history, announced a record-breaking fundraising year and experienced a transformational state budget.