Two USF St. Petersburg campus faculty members were among a small group of professors across all USF campuses to receive the Dr. Kathleen Moore Faculty Excellence Award presented by the Women in Leadership & Philanthropy program. The competitive award given to six USF faculty members each year provides funding for research and creative efforts focused on women and issues affecting women. 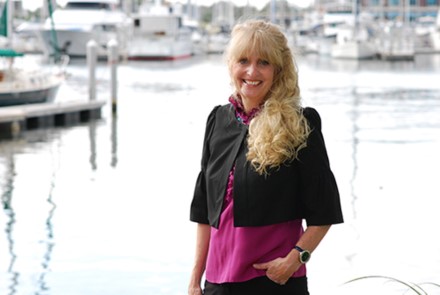 Reid, an expert on the issues of human trafficking and victimology, will use the funding to develop and field test a standardized measure for trauma bonding. Also known as “Stockholm Syndrome,” trauma bonding forms when an abuser elicits fear in a victim - via kidnapping or a hostage situation or sexual abuse - and in response, the victim feels indebted to the abuser and may often develop emotional attachments.

“It happens when there are a couple of conditions met, such as when the victim feels like the abuser has life in their hands and expresses gratitude for just being allowed to survive,” explained Reid. “Sometimes the victim even becomes protective of the abuser and doesn’t want them to get in trouble and blames themselves for the abuse taking place.”

In the case of human trafficking, trauma bonding prevents survivors from leaving toxic relationships and leads to repeat exploitation for the victims.

Currently there is no standardized measure for this type of phenomenon, making it difficult to document when it is occurring or whether preventative treatment or recovery programs are effective. Working with an advisory group of sex trafficking survivors, trauma specialists and other human trafficking experts in the Tampa Bay region, Reid will develop surveys and assessments at various scales that will gauge victims’ ability to trust other people, their loyalty to people who have betrayed them and their aptitude in seeing unhealthy relationship characteristics.

“Once these measures are drafted, several non-profit service providers have agreed to pilot test them in the field so we can determine their reliability for measuring the degree of trauma bonding in victims and determine effectiveness of treatment,” said Reid. 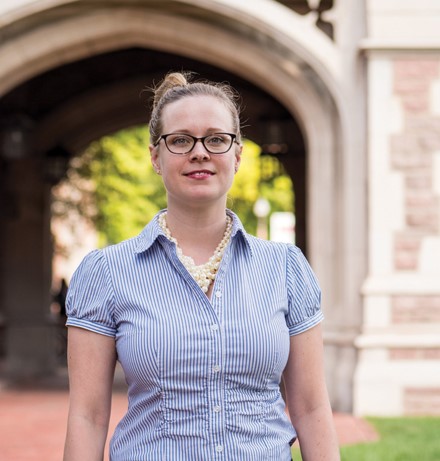 The award received by O’Leary, an expert on the disparities related to women’s rights, water politics and the environment, will allow her to analyze changes to the economics of India’s urban working poor during the pandemic. O’Leary has conducted field work and research in India for 15 years, documenting the plight of women living in densely populated villages with little access to water while highlighting their ability to be powerful agents for economic mobility.

Working with Priyanka Dahariya, a local research assistant with whom O’Leary has collaborated for years, the project seeks to interview 500 female-headed families in the region to learn about lost employment and economic resilience in the face of drastic changes. Those taking part in the study will receive vouchers from female-owned local businesses that can be used for food and other household staples.

“We designed this project to empower women to collaborate with us in collecting critical information about their daily lives amidst so much change,” O’Leary said. “Every penny of this award will be spent within the Indian community in support of women who were previously employed, are college students or are female small business owners as well as their families.”

In these unincorporated villages in downtown Delhi, called bastis, lockdowns from the pandemic led to female workers losing jobs, not receiving income they already earned and, in some cases, losing access to water and firewood due to health protocols and strict law enforcement. The study will seek to find what happened when these employment changes occurred and what options remained for families already on the edge of poverty.

“The pandemic is revealing so much economic disparity, especially as it relates to gender,” said O’Leary. “In the U.S. we talk about how the pandemic has taken women back by a few generations in the work place, and the same is true internationally. Through this research we hope to inform the government and services in India about how best to support vulnerable communities, especially in areas with limited water access.”

The Women in Leadership & Philanthropy (WLP) program was founded at USF in 2005 and is focused on developing the intellectual and leadership potential of women through the promotion of mentorship, philanthropy, community engagement and scholarly excellence.