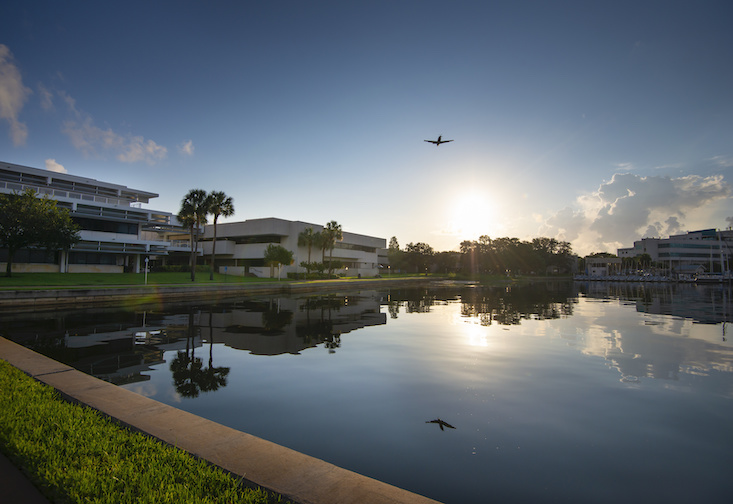 The grant from Second Nature will allow USF to unify and streamline efforts to address climate change while creating a more sustainable environment.

The grant from Second Nature, a Boston-based non-profit whose mission is to accelerate climate action in and through higher education, will allow USF to unify and streamline efforts to address climate change while creating a more sustainable environment. In particular, the work will help establish a university-wide greenhouse gas reduction goal, align sustainability priorities while tracking carbon emissions across all three campuses and combine efforts and resources that lead to a singular vision for achieving carbon neutrality.

“The University of South Florida is grateful for this support and to join our college and university partners in advancing climate action plans,” said USF President Steve Currall. “Stewardship of our natural environment is a core value at USF, and a particular focus of our waterfront campus in St. Petersburg. Through study, service and action, we are committed to carbon neutrality and being a leader in sustainability.”

The goal of Second Nature’s grant effort is to help campuses reduce and eventually eliminate carbon dioxide emissions through climate action planning and shifting to renewable power, while minimizing operating costs. At each campus, the technical assistance will be worth between $7,500 and $10,000. The pro bono consulting opportunities are being provided and sponsored by Brailsford & Dunlavey (B&D) and CustomerFirst Renewables.

“B&D would like to thank each of the finalists for the outstanding quality in submissions. The range of institutions and specificity of their plans made it abundantly clear that aggressive climate action is the next frontier for colleges and universities working to control expenditures and operate responsibly,” said Paul Brailsford, co-founder and CEO of Brailsford & Dunlavey.

“USF has an extremely strong portfolio of climate change-related research,” said Tom Frazer, dean of the USF College of Marine Science and chair of the USF Sustainability Steering Committee. “While we need to continue our mission of delivering actionable science, research alone is not enough. We are committed to reducing greenhouse gas emissions on each of our campuses and working with our community partners to make a difference – and that’s why we’re excited about this opportunity with Second Nature.”