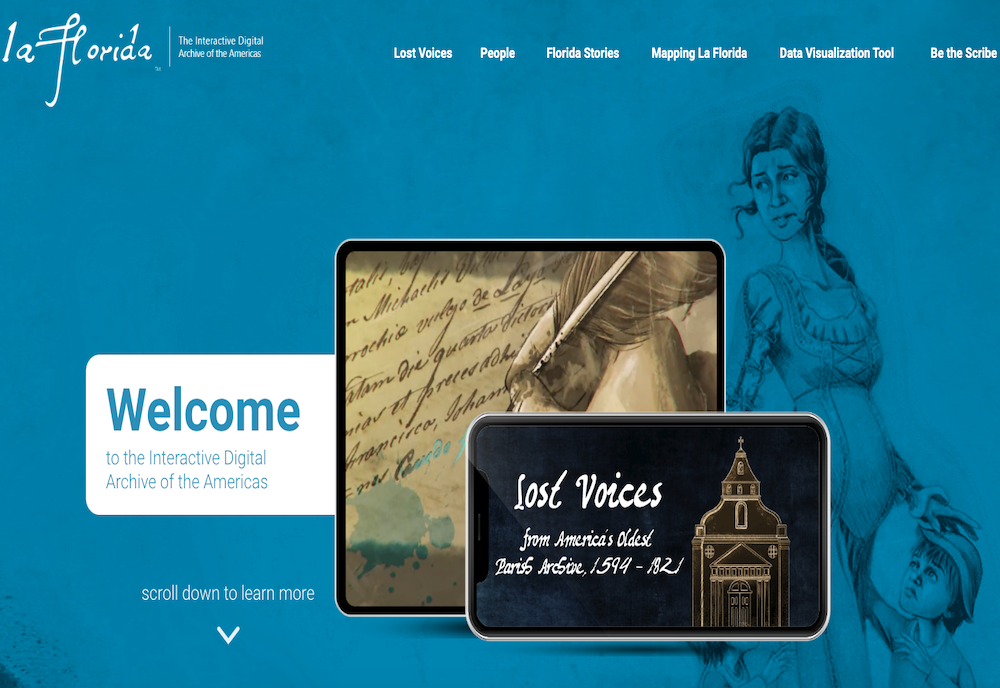 A new online exhibit launched today by the University of South Florida's La Florida: The Interactive Digital Archives of the Americas will provide the public with unprecedented insight into the daily lives and relationships of the multi-ethnic population that comprised St. Augustine, Fla. from the 16th-19th centuries. The Florida city is the oldest continuously inhabited European settlement in the continental U.S.

Titled “Lost Voices from America’s Oldest Parish Archive, 1594-1821,” the initiative is making St. Augustine’s diocesan archives digitally accessible for the first time to a global audience. The project is being launched in two phases. Phase I, published on June 6th, includes more than 4,000 pages of ecclesiastical records from America’s first parish. Phase II will be published later this year.

“These records give us biographical sketches and can help us track individuals through time," said J. Michael Francis, the Hough Family Endowed Chair of Florida Studies at USF’s St. Petersburg campus and the executive director of the La Florida project. “When combined with other records from Florida and Spain, we can flesh out stories of individuals that hardly ever appear in historical records, such as women and Native Americans and free and enslaved African Americans.”

The collection presently includes baptism, marriage, death and burial records, including the 1801 burial record of Georges Biassou, an early leader of the Haitian Revolution who moved with his family to St. Augustine. Other documents identify the names of dozens of runaway slaves who risked their lives to escape English plantations in search of freedom in Spanish Florida.

Some of the individuals recorded in the parish records were buried in St. Augustine’s historic Tolomato Cemetery. “Lost Voices” will enable historians to connect individuals in the cemetery to their actual historical records and start geotagging events in those individuals’ lives. The people documented in these records will also be added to a searchable population database, allowing users to link individuals to the original records in which they appear. 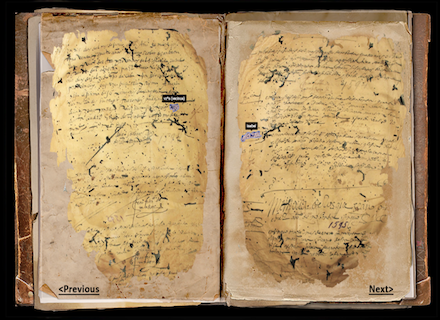 "This project breaks new ground by giving a voice to those who have been traditionally overlooked by the history books," said Martin Tadlock, regional chancellor of USF's St. Petersburg campus. "By enhancing those complex and nuanced stories through the use of updated technology, Dr. Francis and his team have given all of us a new and fuller understanding of Florida's rich colonial history."

Piecing together clues about the little-known lives of Native Americans, free and enslaved Africans, and conquistadors from Spain, Portugal, Germany, Ireland and elsewhere, La Florida brings early Florida’s diverse population to life through short videos, interactive maps and a searchable population database. It weaves together the lives and events of more than three centuries of Florida’s colonial past, from Juan Ponce de León’s 1513 expedition to 1821, when Florida became a U.S. territory.

Francis and his team work with academic and cultural institutions to comb through thousands of pages of original documents in archives in Spain, Italy, England, Mexico and the United States. The three-year “Lost Voices” initiative built on the expertise of paleographers, historians and translators to transcribe and translate the entire collection of St. Augustine’s colonial ecclesiastical documents, which are largely written in Spanish, along with hundreds of Latin documents.

“History books are never written about common people that were the fabric of a community, but that in a sense is what the La Florida project is doing for St. Augustine,” said Father Tom Willis, the pastor of the Cathedral Basilica of St. Augustine, America’s first parish. “I was born and raised here in St. Augustine, so I have always had a loving connection with St. Augustine history. And what Michael and this project have done is brought it alive in so many wonderful ways.”

The “Lost Voices” project was supported by a $250,000 major initiatives grant from the National Archives and the generous support of the Hough Family Foundation, the Lastinger Family Foundation and the Frank E. Duckwall Foundation.