Alum returns to race in his hometown during Grand Prix of St. Pete 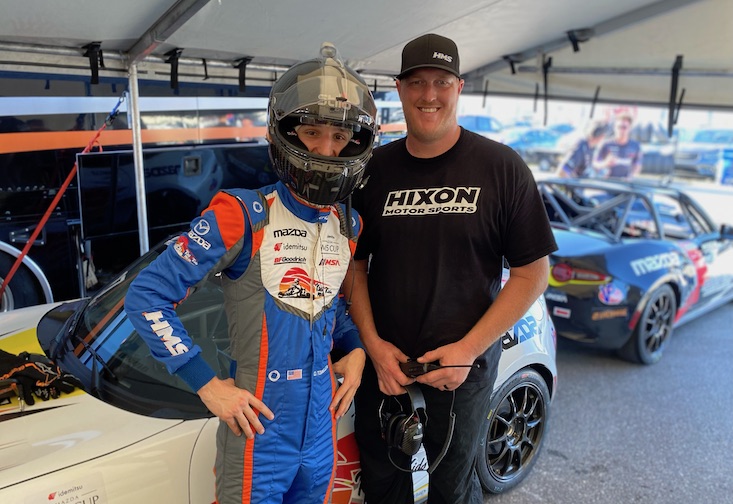 Drivers come from around the world to compete in the annual Firestone Grand Prix of St. Petersburg. This year, one came from right next door.

During the Mazda MX-5 Cup race held on February 26, alum Dante Tornello got his first opportunity to race in his hometown. Tornello was born and grew up in St. Petersburg and attended USF’s St. Petersburg campus, which is next to where the race takes place.

One week a year, he would hear the IndyCar Series race cars zoom by campus, leaving a lasting impression.

“Being so close to the track had a major impact on my ever-building desire to drive there,” Tornello said. “I remember sitting outside by the University Student Center with my laptop for one of my classes, just enjoying the sounds of the race cars as they went lap-by-lap.”

We talked with Tornello, a 2018 graduate who finished 24th in the race, to hear about his journey becoming a race car driver, how the campus shaped his trajectory and what all fans should know about the exciting world of car racing. This interview has been edited for length.

What was the experience like racing in your hometown during the Grand Prix of St. Petersburg?

For me, it was the moment I realized my lifelong dream to race here, in the place I call home. When I was a kid, I watched the yearly IndyCar races. During my undergraduate studies at USF St Pete, I had the pleasure of being right next to the track, but not yet on it. I'm just grateful to finally have experienced many incredible moments here trackside!

How did you get involved in racing in the first place and where did your passion for the sport come from?

I started out in vintage racing in a series called Historic Sportscar Racing (HSR) in 2019, which gave me opportunities to drive a few different race cars to build experience and learn some of the basics as a driver.

My love for racing first began as a small child watching my father race in HSR back in the 2000s. I was around that environment for years, so getting to race in my own car was honestly the first time I was able to understand what my dad felt when he drove years prior.

What’s it like preparing for such a race? What practice and conditioning are you doing leading up to the competition?

Since this year's season started in Daytona for the Mazda MX-5 Cup series, I've focused my training regimen to consist of cardio (high-intensity stairmaster training), muscle building exercises for handling sustained G-forces and mental training to develop my mind into a well-honed system for progress. I also spend time studying video and notes to ensure I have the best understanding of the track before I hop in the car. 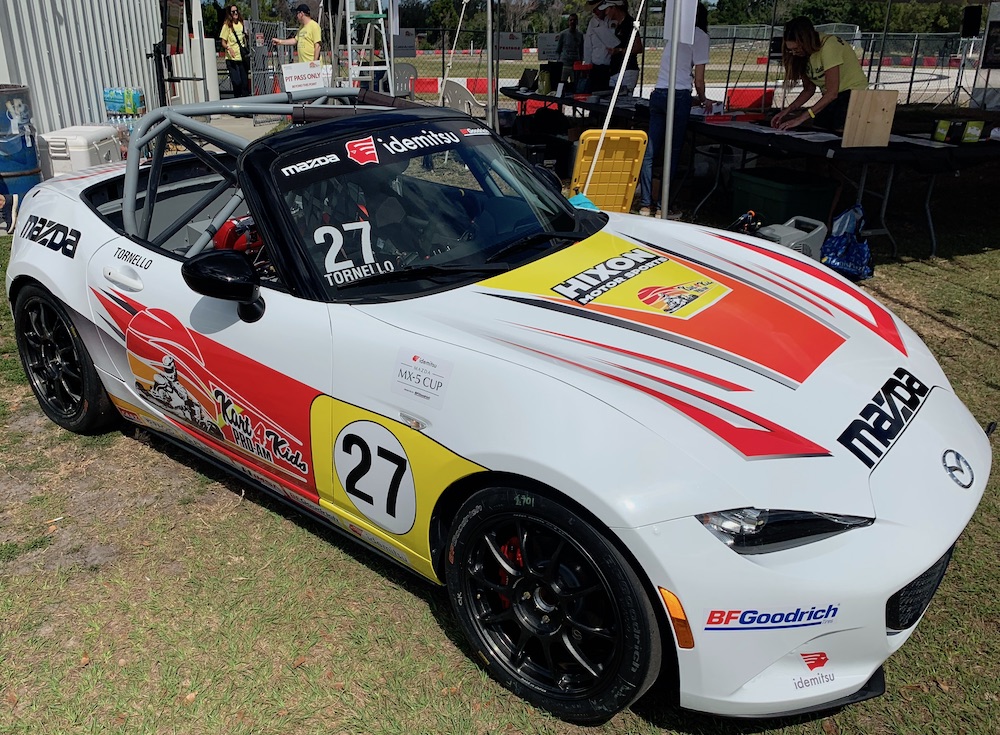 The car that Tornello raced in during the Firestone Grand Prix of St. Petersburg.

Did going to the USF St. Petersburg campus play a part at all in your interest in the sport?

Indeed, being so close to the track - Albert Whitted Airport next door is the main straightaway - had a major impact on my ever-building desire to drive there. I remember sitting outside by the University Student Center with my laptop for one of my classes, just enjoying the sounds of the race cars as they went lap-by-lap. The St. Petersburg Grand Prix race weekend has always been a time I enjoyed while in college.

Did going to the St. Pete campus prepare you in any way for what you are doing today?

In many ways, I got into racing after first getting an education. It's always important to have a fallback in order to grow and survive in the world of motorsports. In racing, concepts like sponsors, branding, public speaking and much more have been tied back to my time at the St. Pete campus. To have that fallback has been a blessing.

What is the most surprising thing you found out about car racing now that you are a driver? Or what is something that people should know about the sport?

There are a few things that now looking back on I hadn't fully understood about racing when I started. The first was the mental focus required of top drivers to push themselves and their equipment to the limit for long periods of time. Experiencing that gave me a new perspective on what to hone in on as a driver while developing my skillset. The second was how important personal branding and sponsorship development is to financially supporting one's self in this sport. Often in the higher levels of the sport, the cost of entry and cost of running are high. Being able to understand best business practices makes a significant difference. Lastly, the level of competition in many forms of racing is often within very small performance margins among top drivers. Being able to build the necessary skills to compete at that level takes time in order to properly develop. With that in mind, building your own sense of confidence is absolutely key to succeeding in the sport!

I want to say a personal thank you for everyone who has been a part of this journey to do what I love. It's a privilege and honor to compete and grow as a driver. So many people have had an effect on my path, and the USF St. Petersburg campus has always been a metaphorical home to me.