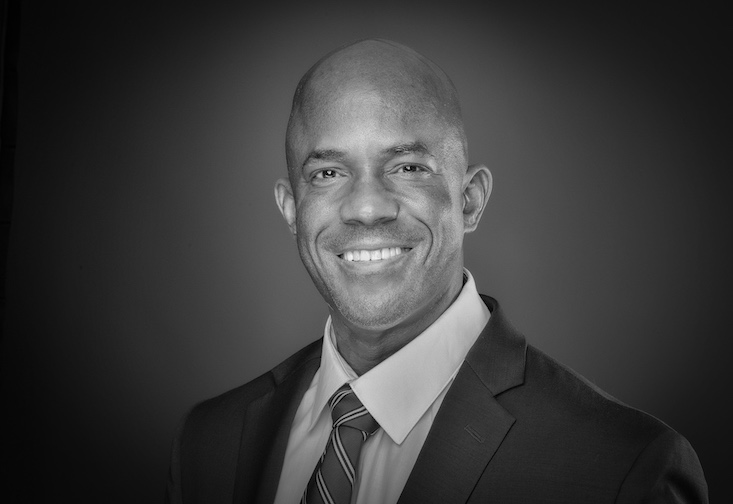 Lance Guillory had a wealth of worldly experiences when he came to USF’s St. Petersburg campus in the early 2000s.

As a 17-year-old, he enrolled in the U.S. Army, and shortly thereafter found himself participating in strategic missions around the globe. He took part in the combat parachute assault into Panama during Operation Just Cause, and a few months later, deployed for Operation Desert Storm in Iraq.

Several years later, as a member of a National Guard Special Forces unit, he was sent to eastern Afghanistan to fight Al Qaeda and other militants. He ultimately served a total of 10 years on active duty, and 16 in the guard and reserves.

Participating in these massive undertakings on the world stage made him fascinated with the political context behind them.

“I saw many parts of the world, but wanted a better understanding of these events,” Guillory said. “I wanted to go to learn where it was more personable.”

Guillory would go on to earn a bachelor’s degree in Political Science at USF’s St. Petersburg campus in 2004. He then devoted even more years in service to his country, this time in the Foreign Service as a Special Agent of the Diplomatic Security Service, protecting people, investigating crimes and securing embassies.

“The conduct of foreign affairs is politics on an international scale. The background in political science provided color to my time in the Foreign Service and allowed a more sophisticated understanding of the environments I worked in,” he explained.

We talked with Guillory to hear more about his military and academic experience and how both impacted his career and led him to managing his own security firm today. This interview has been edited for length.

Can you talk about your career in the U.S. Army and why you wanted to serve?

I joined the army when I was 17 years old, and at that age I wanted to do something both a bit thrilling and rewarding. I found myself in a parachute infantry regiment, and before I turned 21 experienced combat twice. I was fortunate to be able to participate in parachute missions into Panama in 1989 and the subsequent invasion of Desert Storm in 1991. I spent a total of 10 years in active duty and then spent 16 years in the Florida National Guard and the reserves. My time in the National Guard was spent in a special forces unit where I was deployed in combat and non-combat environments, including Afghanistan in the early part of the war. I rounded out my time in the military with about six years at Special Operations Command in Homestead. In that position, I worked in a Special Activities Cell work in support of people in the field.

During your service, you found time to study political science at USF’s St. Petersburg campus. How did you end up choosing USF?

In the early 2000s, we were living in Clearwater and I wanted to have more positive experience with school. I was a grown man with a wife and a baby and had seen many parts of the world, but wanted a better understanding of the places I’ve been to and events I witnessed. And I wanted to go to learn where it was more personable, and that is exactly what I got there [USF St. Petersburg]. My instructors and professors were just great mentors. Dr. Thomas Smith [political science professor and associate dean of the Judy Genshaft Honors College] in particular. He encouraged me to write about my experience in Afghanistan and tie it into the political landscape for my studies. I went to the St. Pete campus just for that type of college experience, being able to sit one-on-onewith smart people and unpack what I went through. 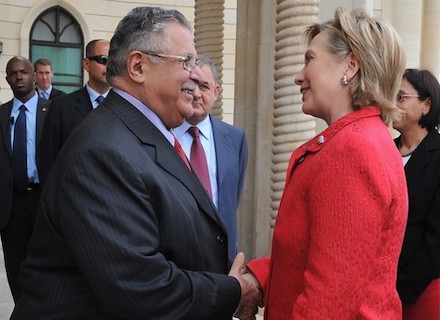 Guillory (far left) providing security to then Secretary of State Hillary Clinton during a visit to Iraq to meet with then Iraqi President Jalal Talabani. Photo courtesy of Lance Guillory.

Why were you interested in the field of political science? Did that come from your experience in the military?

I would say so. In my younger years, I don’t recall being that interested in political science. I think being in the Army, being part of a much larger effort and seeing how that plays into foreign policy and international relations spurred my interest.

It was an amazing experience. I was so fortunate to get into the service, which is extremely difficult to do. I was a special agent in the Diplomatic Security Service. It was the best law enforcement job on the planet. I had a chance to do so many things. I spent five of my 15 years with the Foreign Service overseas, three of those years were one-year tours each in Iraq, Afghanistan and Pakistan, and the other were two years in Barbados.

The Diplomatic Security Service is a three-mission agency. The first mission is the protection of people, such as the Secretary of State and visiting foreign leaders at the same level. We also conducted investigations. These investigations tended to be gateway crimes, revealing more complex international illegal activities like terrorism, human trafficking and drugs. The third mission is securing U.S. embassies and consulates around the globe. Quite often, U.S. embassies are giant fortresses, and it was our role to manage every aspect of security of those buildings.

How did your degree in political science impact your experience at the Foreign Service?

Getting a background in political science provided color to my time in the Foreign Service. The conduct of foreign affairs is politics on an international scale. I think it gave me a more sophisticated understanding of the environments I worked in. Having to protect people in some of the world’s most volatile places, having a background in Political Science gave me a greater context of what we were facing on the ground. Learning the nuts and bolts of politics really helped me in those types of environments.

You now own your own security firm. How has your experience in the military and college informed your work today?

I have a security consultancy and my experience directly informs all the things I do now. This includes conducting security and vulnerability assessments for organizations and corporations. I’ve worked with companies in the private sector, billionaires, major sports associations and for foreign dignitaries who live in the U.S.

Being a stressed-out college student and being able to walk and sit outside on the harbor to have a bit of quiet before taking a big test was pretty special. I spent a decent amount of time stressing over tests in college, but the USF St. Petersburg environment was smaller, much more personable and ideal for me.