USF professor lends perspective on the long shadow of 9/11 in U.S. foreign policy

The 9/11 memorial in New York City honors those who were killed during the terrorist acts of that day.

The unfolding crisis in Afghanistan and the return to power of the Taliban has brought renewed attention to the terrorist attacks of 9/11 and the events that unfolded in its aftermath.

It has been 20 years since four commercial airplanes were hijacked and flown into the World Trade Centers and the Pentagon on September 11, 2001. The horrific events of that day unleashed a new era of global terrorism, state surveillance and military operations that has largely defined United States’ foreign policy ever since.

“[Our policy] was to go after any international terrorist organization that attacks the U.S. or its allies or any state that harbor those groups,” said Arturo Jimenez-Bacardi, an assistant professor of International Relations and Political Science at USF’s St. Petersburg campus. “The result was the U.S. launching military actions against many countries in the past two decades.”

Jimenez-Bacardi’s research focuses on the tension between security and human rights, examining how international law affected the U.S. national security system’s use of torture during the war on terrorism. He is currently working on a book, “Speaking Law to War,” in which he explores whether, why and how states comply with their international obligations during times of great threat.

We sat down with Jimenez-Bacardi to better understand the events of 9/11, the U.S. response and the lasting lessons 20 years later. This interview has been edited for length.

There are many students in college right now that were either too young to remember 9/11 or weren’t born yet. If you had to explain to them the significance of 9/11, what would you say?

9/11 was the biggest mass casualty event carried out in the U.S. since Pearl Harbor. And in terms of the continental United States, it was the largest mass casualty event in well over a century. Close to 3,000 people were killed and it set in a national trauma in the weeks and the years after characterized by a certain sense of paranoia and hysteria that there would be a second such attack. And this wasn’t just felt in major cities; people in small towns felt this too.

Even during wars [we fought in the 20th century] there was no real fear that there would be attacks in the United States. We have these two big oceans that protect us. But 9/11 broke that confidence. 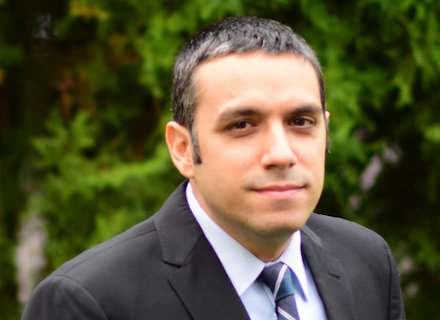 9/11 has really been in the national spotlight over the last couple of weeks with the unfolding situation in Afghanistan. What is the connection between what we are seeing play out in Afghanistan and 9/11?

The 9/11 attacks were masterminded by Khalid Sheik Mohammad, who is currently at Guantanamo prison. He was part of this Arab organization known as Al Qaeda. The leader of Al Qaeda was Osama Bin Laden.

Decades prior to the attack, there was a growing Islamist fundamentalist movement in the Arab world that coalesces around ending the Soviet occupation of Afghanistan, which began in 1979. Militants, soldiers and students from around the Middle East and beyond are radicalized during this decade of intense fighting. Because the Soviet Union is involved, the United States, along with Pakistan, Saudi Arabia and others spend significant resources supporting and training these militants, making Afghanistan a major proxy conflict during the last decade of the Cold War. Some of those militants would later form the ranks of the Taliban and Al Qaeda. When the Soviets pull out of Afghanistan in the early 1990s, the Taliban emerge as the strongest armed group and win a civil war in 1994 to take over most of the country. Afterwards, the foreign militants and soldiers that fought the Soviets, including Bin Laden, try and go back to their own countries to overthrow their governments as part of an Islamic revolution. But that doesn’t succeed. Bin Laden becomes an outcast and finds a home with the Taliban.

The Taliban didn’t know about the 9/11 attacks, but they did allow Al Qaeda to operate in their nation. After 9/11, the U.S. asked the Taliban to give Bin Laden up, but they refused, and that began the war in Afghanistan.

The American government foreign policy response to this terrorist attack has dramatically shaped events over the last 20 years. Can you talk briefly about the goals of the war on terror?

The 9/11 attacks completely transformed the U.S. and took the oxygen out of the rest of its foreign policy. The Middle East and Central Asia have been the dominant feature of U.S. foreign policy ever since, to the detriment of ignoring other challenges that have emerged. Originally, President Bush’s goal, the so-called Bush Doctrine, was to go after and destroy any international terrorist organization that attacks the U.S. or its allies or any state that harbor those groups. The Taliban was an example of harboring a group.

The result of that policy was the U.S. launching military actions against many countries in the past two decades – Afghanistan, Iraq, eastern Pakistan, Somalia, Syria, Libya, the Philippines, Niger. If you look at the problem of global terrorism, and the resources allocated by the United States, the response and solution has largely been a military one.

Your research focuses on the tension between national security and human rights. How did 9/11 and its aftermath affect this tension?

Whether it was at home or abroad, human rights were consistently undermined in the name of national security, especially in the early years. For example, the U.S. established a number of secret prisons run by the Central Intelligence Agency (CIA) where suspected terrorists were interrogated with what the government called “enhanced interrogation techniques,” such as waterboarding or simulated drowning. Critics, including the International Committee of the Red Cross have concluded that those techniques constitute torture. A military commission system was created at Guantanamo Bay [Cuba] to hold trials of suspected terrorists but defendants were afforded minimal due process rights. There were also warrantless surveillance programs, including the collection of phone and email meta data of Americans.

During the early period of the war on terror, some Muslim-Americans were detained without charges being brought against them. The military prison in Guantanamo held alleged terrorists, but many never had a day in court to challenge that assertion. When the U.S. eventually established status review boards to see if individuals were part of Al Qaeda or the Taliban, a significant number who were sent to Guantanamo were not affiliated at all or were low-level people that joined in the heat of the moment.

You are working on a book on whether, why and how states comply with their international obligations during times of great threats. How would you grade the United States in the years after 9/11?

At the beginning, it was clearly a case of fear trumping human rights. To the credit of the United States, the government did learn from some of the mistakes and made reforms, though problems still remain. For example, they changed how they trained interrogators, no longer allowing the use of torture, depending less on poorly trained contractors to interrogate detainees and rather using trained military or FBI interrogators. Warrantless surveillance has stopped and the collection of meta data on individuals is no longer controlled by the government. A lot of these changes took place in the second term of the Bush administration.

As a result of these reforms, U.S. treats detainees in a much more humane way. Also, 9/11 doesn’t affect the national psyche as much, so with less fear there is a greater realization that you need to go back to some of these basic protections of human rights.

Looking back, what do you think are the major lessons to be learned from 9/11 and its aftermath?

Not to overreact. Perhaps it is understandable after such a traumatic experience, there had to be a reaction. It would be very difficult for any U.S. president not to invade Afghanistan. But we clearly overreacted in other parts of the world, if you look at the trillions we have spent focusing on this counterterrorism issue. We created a Department of Homeland Security. Local police spent a significant part of their budget on counterterrorism issues, same with FBI. Some of that was necessary, but when you add it up over the last 20 years, you are looking at close to $6 trillion focused on this issue and that is a lot of money that could have been focused on other problems. Not to mention the human cost of lives.

Another lesson is you can’t simply solve everything with a military answer. Military power has limits; it is not a good tool for resolving political questions or creating a justice department, which the U.S. military attempted to do in Afghanistan. Refusing to use diplomacy and negotiate with the Taliban or their allies during the early years of the war was another mistake. Same with the decision in 2003 of de-Bathification in Iraq. You need to negotiate with adversaries and you can’t ignore domestic factors. Ignoring rivalries between local tribes and ethnic groups, empowering some groups while disempowering others and hoping military power would overcome those domestic dynamics proved to be a recipe for failure.

I think the big concern right now with the U.S. pulling out of Afghanistan is will the Taliban align itself or allow Al Qaeda to operate in Afghanistan again and possibly carry out attacks on the U.S. or allies? But people should not go back to the same fear we had in the months after 9/11. Al Qaeda has been significantly degraded and our national security apparatus has been significantly reformed that makes terrorist prevention at home a priority. The U.S. today is in a better position to defend itself from such an attack and take preventive measures to ensure a 9/11-type event cannot take place.