"Got Your Six": Cultural competency workshops to develop greater understanding on all aspects of the military-connected experience 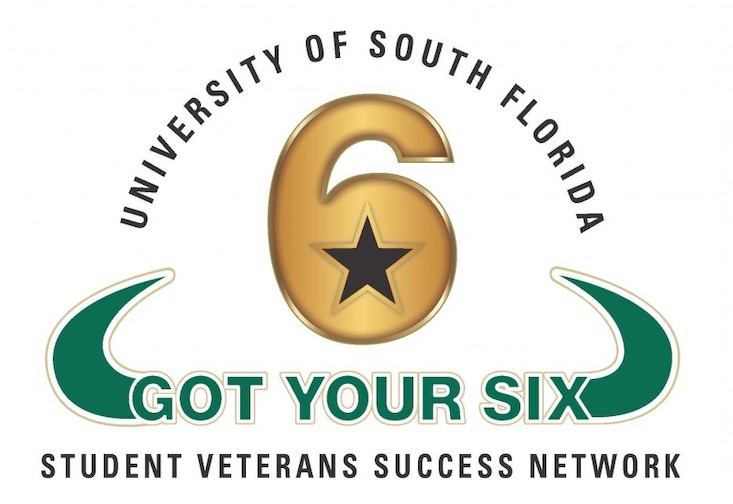 Got Your Six is an awareness program to help faculty and staff better understand the military experience and how they can support student veterans.

Wayne Taylor began his job as director of the Office of Veteran Success on the USF St. Petersburg campus at an unusual time. Coming on board in April 2020, Taylor arrived after the campus transitioned to remote learning due to the coronavirus pandemic.

“It was an eerie, quiet feeling, certainly not what you would expect of a college campus,” Taylor said.

Though working mostly virtually for the past year provided some opportunities, such as building greater one-on-one rapport with individuals across the campus, it also posed challenges for Taylor and the Office of Veteran Success in engaging with student veterans and their families who are used to a community environment.

“Our military-connected students really want that social aspect, whether it is the veteran themselves or their spouses or young adult children of veterans,” Taylor said. “They especially connect with those who have shared similar experiences and challenges.”

To provide that community sense and create greater understanding between military-connected students and the campus as a whole, Taylor has been working to organize a series of cultural competency workshops as part of USF’s Got Your Six Veterans Success Network.

Got Your Six is an awareness program to help faculty and staff better understand the military experience and how they can support student veterans. It stems from a military expression that means “I’ve got your back,” which was coined by World War I fighter pilots who referenced a plane’s rear at the six o’clock position.

The cultural competency workshops will focus on the military-connected student culture and what students from this background bring to a college campus. Topics range from what a spouse of a veteran encounters on a regular basis to how moving every three or four years impacts children and young adults of veterans to the challenges of being the oldest student in a classroom by many years, a typical situation for student veterans.

At the first pilot workshop in March, Taylor provided an illustration of a veteran stigma that endures in mass culture.

“We asked participants ‘Name me three movies of a veteran getting out of the military, going to college and being successful. Or name me three television shows on that topic,’” Taylor said. “Silence. ‘But how many movies are out there about a veteran having to seek vengeance for a wrong done to their family?’”

At the end of the workshops, campus faculty and staff can ask military-connected students about their past and current experiences.

Todd Post, a junior studying psychology and vice president of the Student Veterans Organization, was one of the student veterans who took part in the cultural competency pilot workshop.

“As a veteran and as a student, it is important to me for others on campus to know where we are coming from as I and others feel there is a little bit of a disconnect between student veterans and our peers and faculty members,” said Post. “I think there is sort of a stigma around veterans that maybe they are a little rougher around the edges, the stigma of PTSD that gets placed onto veterans and the stigma that most of us are far right, extremist individuals. And that is just not the case.”

Around several staff members took part in the pilot workshop. Post hopes many more faculty and staff will participate in future workshops that will occur in the coming academic year.

“Student veterans are very disciplined and goal-oriented individuals and we have a lot to offer this campus. Though we may be older, we want to be as much a part of the culture on campus, work with other groups and enjoy the student experience,” Post said.

Taylor added that the student-veteran experience is ever evolving, and military and veterans’ centers need to move beyond just processing benefits and meeting metrics to providing an environment where veterans and their families feel included and can thrive.

“After their military experience, more and more veterans are wanting to continue to serve and do something greater than themselves, pursuing careers in the medical field or social work or psychology,” Taylor said. “There are 5.1 million post-9/11 veterans according to the Veterans Administration and they want to be a part of creating a better world.”