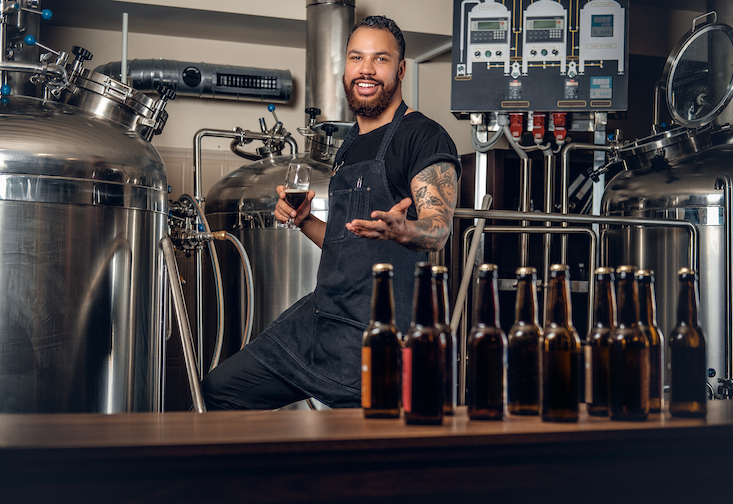 The Diversity in Brewing scholarship seeks to create opportunities for individuals from a traditionally underrepresented population in the brewing industry.

The University of South Florida, in partnership with D.G. Yuengling & Son, Inc., America’s Oldest Brewery, announced today that applications are now open for its $5,000 Diversity in Brewing Scholarship. The financial award will be given to an individual from a traditionally underrepresented population and cover the cost of tuition to USF’s St. Petersburg campus Brewing Arts Certificate program for the upcoming spring semester.

“Working with Yuengling, we hope to continue to enhance the brewing industry in Tampa Bay while also improving diversity in our field,” said Jennifer Sedillo, program director of the Brewing Arts program.

The Brewing Arts program is a collaboration between USF’s College of Arts and Sciences and several local and national breweries. Launched in 2015, the online program is designed for brewers ranging from hobbyists to enthusiasts looking to make a career in the industry by working in or opening a brewery one day.

“As Yuengling’s sixth generation, my sisters and I are proud to continue the family brewing tradition of America’s Oldest Brewery that began 192 years ago. We understand the importance of supporting the passions of every individual who wants to pursue a career in the brewing industry,” said Wendy Yuengling, Chief Administrative Officer and sixth generation family member, D.G. Yuengling & Son, Inc. “We’re raising our glasses to a more inclusive brewing industry and are proud to help support the development of the next generation of brewers.”

Craft brewing is one of the fastest growing industries in the United States. According to a study by the Florida Brewers Guild, the state of Florida could support more than 500 craft breweries, leading to a total economic output of $2.5 billion and 40,000 jobs.

Despite these economic benefits, a 2019 survey completed by Brewers Association members showed that brewery employees are disproportionately white in relation to both the general U.S. population and where breweries are located. Brewery employees also skew heavily male. The survey was conducted based on the information of 5,300 U.S. brewery members and 46,000 members of the American Homebrewers Association.

“Diversity has been an ongoing concern of ours for our program and the industry at large,” Sedillo said. “We are certainly aware of this issue, and have been successful in getting more female students into the program recently and hope to continue progress on this front with more underrepresented groups.”

The online coursework covers the entire process of brewing education, from learning the base ingredients to the science and business of craft beer. Led by professionals and academics in the field, the program incorporates both traditional classroom instruction as well as hands-on training experiences at the brewery to apply the knowledge learned. Since 2017, Yuengling has also sponsored a student veteran award for the Brewing Arts Program.

Students interested can apply starting on November 22, 2021 through January 9, 2022. The spring semester cohort will begin on February 7, 2022. For more information, contact Jennifer Sedillo at jsedillo@usf.edu, or visit stpetersburg.usf.edu/brew.