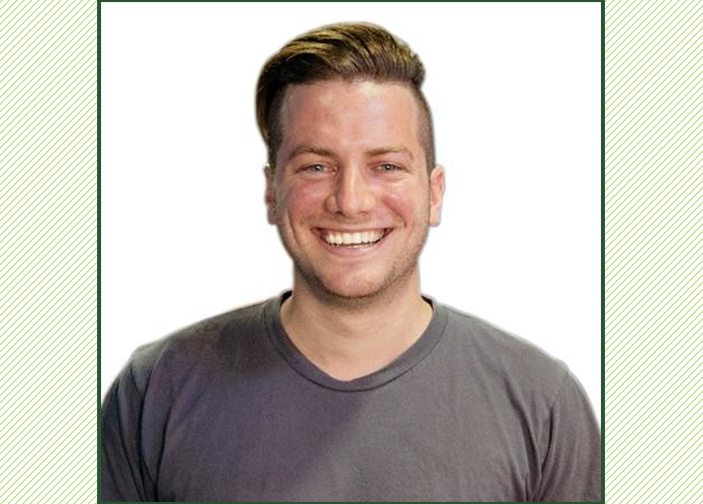 The USF Board of Trustees has appointed entrepreneur Reuben Pressman to a four-year term to the USF St. Petersburg Campus Advisory Board.

Pressman is the founder and CEO of Presence, a software platform he created to help higher educational institutions collect and understand data in order to increase student engagement, success and workforce readiness.

A 2011 graduate of USF’s St. Petersburg campus, Pressman launched Presence in 2014 and now provides services to more than 250 universities, from large, public institutions such as the University of Minnesota and Washington State University, to small, private colleges. Pressman also serves as the entrepreneur in residence for the city of St. Petersburg.

"I'm thrilled to have Reuben Pressman join our board," said Melissa Seixas, chair of the USF St. Petersburg Campus Advisory Board. "I see him as part of the next generation of leaders who we want to see representing USF. As an alumnus and an entrepreneur, he will bring a valuable perspective that will help our campus and university thrive."

Pressman was the first student to graduate from the entrepreneurship program at USF’s St. Petersburg campus. He now serves as a member of the Kate Tiedemann School of Business and Finance’s Executive Advisory Council. In 2018, Pressman was selected as one of seven USF Outstanding Alumni for his professional and charitable contributions by the USF Alumni Association.

“I’m pleased to welcome Mr. Pressman to the USF St. Petersburg campus advisory board,” said USF President Steve Currall. “As a successful young entrepreneur and community builder, he will bring fresh energy and perspective to the board. I look forward to his contributions.”

Born and raised in Tampa Bay, Pressman began his college career in the Engineering department at USF’s Tampa campus. But after falling in love with the St Petersburg campus’ smaller size and waterfront location, he decided to make a switch.

“USF St. Pete has a special place in my heart for what it did for me,” Pressman said. “The small class sizes, the intimate relationships with the professors – everything you read in the marketing materials is very true. It worked very well for me and a lot of my peers.”

The USF St. Petersburg Campus Advisory Board was established by the Florida Legislature in 2001. Members are appointed by the USF Board of Trustees upon recommendation by the USF president. The board consists of five members residing in Pinellas County who serve staggered four-year terms.

At 32, Pressman will be the youngest non-student member of the Campus Advisory Board. Because of his work with Presence, he also brings a wealth of information about the field of higher education.

“We’ve observed the challenges that other institutions are dealing with, and in some cases, we’ve helped solve them,” Pressman said. “Having access to so much data and the awareness of how other universities have approached different issues is going to be really helpful.”

Among the most pressing issues that he foresees is helping the campus succeed as it emerges from the COVID-19 pandemic. In addition, Pressman said he’s looking forward to working with his fellow board members to ensure students of different races, ethnicities and socioeconomic classes continue to have access to USF’s St. Petersburg campus.

“When you look at what grows a society and helps people solve tough challenges and build a better life, it’s education,” Pressman said. “I think higher ed in general, and USF St. Petersburg’s campus specifically, can play a front-running role to help level the playing field with the diverse population we serve here in the city.”