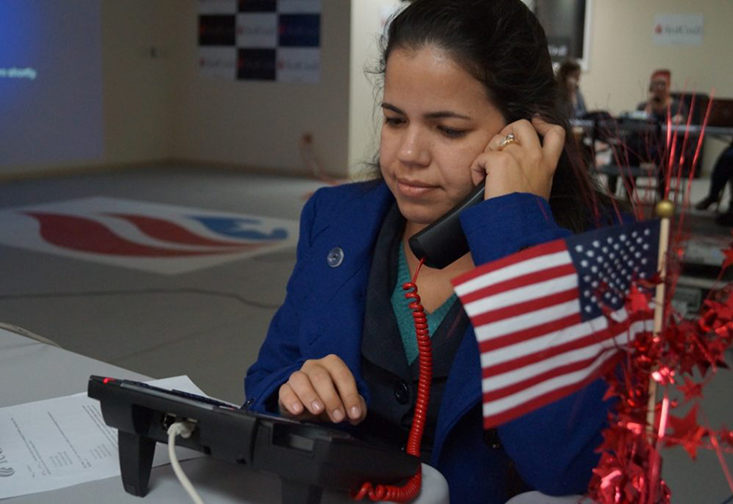 During The Road to the White House, students will phone bank and canvas for their chosen candidate.

On Sunday, February 2, students from USF St. Petersburg will travel to New Hampshire for The Road to the White House 2020, a 10-day internship that offers them the opportunity to participate in presidential primary campaigns. Twenty-nine students will contribute to eight campaigns leading up to the nation’s first primary.

“I’ve organized an ambitious itinerary,” said Dr. Judithanne Scourfield McLauchlan, a Professor of Political Science who first launched the program in 2004. “This will include meetings, field trips and guest speakers in the mornings. Then, students will work with their campaigns from around lunch time until the wee hours of the morning.”

Students will perform tasks like canvassing and phone banking during this critical juncture on the campaign trail. However, Scourfield McLauchlan stressed that they should be ready to improvise and adapt as the race develops.

“What I’m trying to have everyone mentally prepare for is that this is the last final push before the primary,” she said. “They should assume that during the internships they will primarily be asked to ‘get out the vote.’”

The New Hampshire internship is paired with a course about presidential campaigns and elections. During the course, students are each assigned an essay looking at a particular candidate’s campaign. However, they were allowed to choose which the campaign they contribute to in New Hampshire. 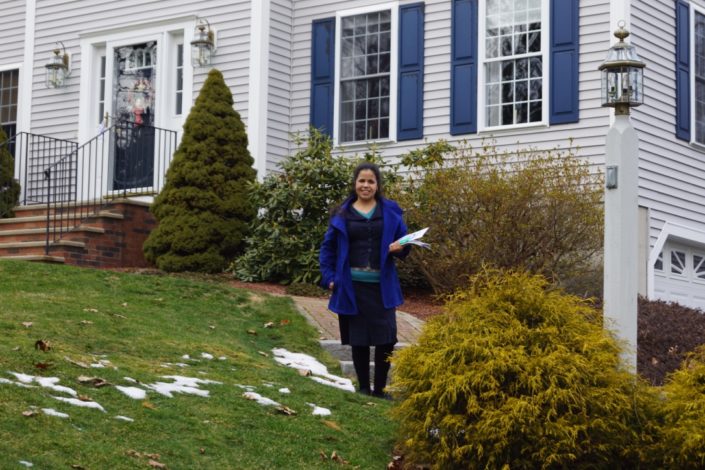 Students will spend 10 days in New Hampshire during the internship.

“If you’re going door-to-door in the snow for hours or standing on a corner holding a sign in freezing temperatures, I want you to believe in the candidate and their message,” Scourfield McLauchlan said.

For Noah Miller, a senior psychology major who will be working with Elizabeth Warren’s campaign, The Road to the White House offers “the epitome of experiential learning,” he said. “It is a once-in-a-lifetime opportunity to be able to learn the history and politics of presidential elections while also being in the field canvassing for the candidate I believe in.”

Peyton Johnson, a senior political science major campaigning for Bernie Sanders, said, “Grassroots organizing is the future of politics. I hope to gain not only a clearer understanding of the dedication it takes to run for president, but an experience that sets me apart from my peers.”

An interest in speech writing inspired Caitlin Crowley, a sophomore political science major also campaigning for Sanders, to join the course. “While on this trip, I hope to be exposed to other writers collaborating to build the best platform for their candidates,” she said. “I’ve always heard stories about speech writers in the White House editing and revising statements up until seconds before the president delivers the message to the rest of the nation. I’m curious what that process looks like.”

This is the fifth Road to the White House program Scourfield McLauchlan has organized since 2004, and her largest class to date. In 2016, the class had the opportunity to meet with candidates such as Governor Jeb Bush, Senator Marco Rubio, candidate Donald Trump and Secretary of State Hillary Clinton at campaign events. McLauchlan plans to include a few candidate events on the 2020 New Hampshire Itinerary.

“We’ll be there just before and after the Iowa caucuses, and that can really impact the race,” said Scourfield McLauchlan. “What happens in Iowa will affect things moving forward, so the dynamics of the race may change while we’re there.”

It’s this dynamism and sense of urgency that makes The Road to the White House such a thrilling experience to be a part of, said Scourfield McLauchlan,

“It’s just electrifying,” she said. “If you’re interested in politics and campaigns, there’s just no substitute. Students come away with a real appreciation for New Hampshire and its role as the first primary. It’s a high intensity environment and the stakes are extraordinarily high. There’s a lot of pressure but at the same time it’s an exciting pressure.”