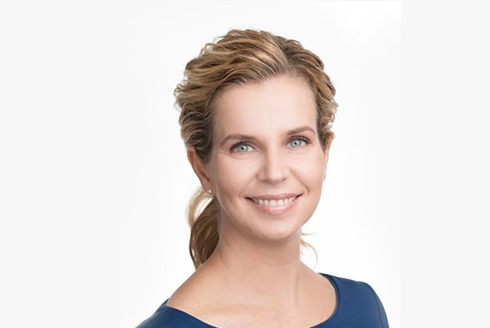 As supervisor of elections, Julie Marcus oversaw the 2020 U.S. presidential election in Pinellas County. Marcus graduated from the USF St. Petersburg campus in 2000 as a political science major.

The 2020 U.S. election was historic. It saw record voter turnout. It saw the greatest use of mail-in voting in history. It was conducted during a global pandemic.

As supervisor of elections, Julie Marcus oversaw the unprecedented vote in Pinellas County. Her office helped broaden voting access by expanding mail-in voting and drop off locations while operating early-voting and community polling locations leading up to and on election day. Her team also ensured voting was secure and the results were accurate and timely.

We talked with Marcus, who graduated from the USF St. Petersburg campus in 2000 as a political science major, to hear about what it was like to conduct an election during a pandemic, how votes are counted and verified and how her passion for administering elections developed. This interview has been edited for length.

What are the key functions and job duties of a supervisor of elections?

To conduct fair, accurate and secure elections and to provide access for both voter registration and to the ballot box.

When an election isn’t taking place, what do you focus on in this role?

Well, every year we have elections. We conduct a minimum of three a year. In between these elections, we do a lot of planning and getting ready for the next election. It takes months to prepare and to test and maintain voting equipment. We also procure and implement new technology, such as a new ADA voting system we are currently working on. And we are part of the legislative process to make sure there is a balance between voter access and integrity. There really isn’t an off-period for our office.

How are votes and results counted and verified to ensure it is accurate?

Before any county in Florida can use a voting system, it has to go through a rigorous certification process on the state level. There are only two certified systems in the state of Florida currently. We have had the same system in Pinellas County since 2008.

After procuring a voting system, you first conduct acceptance testing. Acceptance testing is to ensure each piece of equipment is fully operational. Then prior to every election, we conduct a pre-logic and accuracy test and after the election we conduct a post-logic and accuracy test. These tests are open to the public and overseen by the Canvassing Board, which is made up of a county judge, a member from the board of county commissioners and the supervisor of elections. These tests confirm that the scanners are accurately counting the votes and the tabulation system is providing accurate result totals by candidate and contest.

In addition, we are required to conduct a post-election manual audit. The audit consists of randomly selecting a contest and randomly taking two percent of precincts in said contest. Two tally teams, comprised of two people each, manually count all the votes cast. The manual count is then compared to the tabulation system vote to make sure it matches. Since 2008, Pinellas has had perfect audits.

What was it like trying to conduct an election during a pandemic and what were the major challenges?

With challenges come opportunities. We were preparing for the presidential preference primary in March and had already mailed ballots out starting in January when all of the sudden the pandemic hit. The week before that primary election, hundreds of poll workers didn’t want to work as they were afraid of contracting the virus. We were able to act quickly, with county employees serving as poll workers and relocating polling places when needed in order to have a successful election.

We then reassessed and put a plan in place that took into consideration the health and safety of our voters and poll workers to mitigate risk while maintaining access. As far as Pinellas County was concerned, we already had built up a large base of mail ballot voters. In June, we had 200,000 mail-in ballot requests on file. We mailed postcards to 400,000 additional registered voters to let them know of the option to vote by mail. By the general election, we mailed out 410,000 ballots, easily the most we have ever done in Pinellas County. We also paid for return postage and increased the number of ballot drop-off locations from 15 to 25. We did all this while maintaining the same number of community polling places as last presidential election.

Voters voted early at a record amount this year. About 18 percent of voters chose to vote on election day, meaning 82 percent of all the ballots cast in the county voted before November 3. We surpassed our greatest turnout in the history of our county. It was an unbelievable election year despite the pandemic. And it is such a great success story for Pinellas County and the state of Florida. Florida is always under the microscope when it comes to elections, but the state has given election administrators the tools that they need to be successful. You saw that happen in Florida with how quickly we were able to give accurate and timely voting results. It was the first general election in my 17-year election career, where we went home on election night. Just a couple minutes before midnight, but still on Tuesday.

How did you get interested in politics and how did you begin your trajectory to become a supervisor of elections?

Service to my country has always been a core value of mine because of my family. My dad is a retired Army veteran with 20 years in the service. My mom came here from Germany and became a U.S. citizen, and I was there in 2002 when she was able to vote in her first elections. My sister served in the U.S. Air Force.

When I started at USF, I just loved government, politics and law. I even considered going to law school. But I ended up getting really interested in the administration rather than the political side of government. And when I started working in the election’s office full time in 2002, that made me even more committed to administering the functioning of our government.

There is one story that encapsulates why I do what I do. It was after 9/11 and I was the voter outreach manager. As part of our outreach program, we went to elementary, middle and high schools and spoke about civics and the importance of participating in our representative democracy. At one elementary school we talked about how kids could petition our government. We gave the example of the Florida panther becoming the official state animal. We also conducted a mock election. While students were voting, the others drew pictures and wrote letters for the men and women serving in Afghanistan and Iraq. I can still remember the smell of the crayons. After collecting the letters and pictures, there was one that just touched my heart. It was a petition that was written by a student named Dylan. It read ‘Veterans should get to have hot dogs anytime they want to and ice cream.’ He had five of his friends sign his petition. Having this kind of positive impact on a person’s life is why I do what I do. I really love what I do.