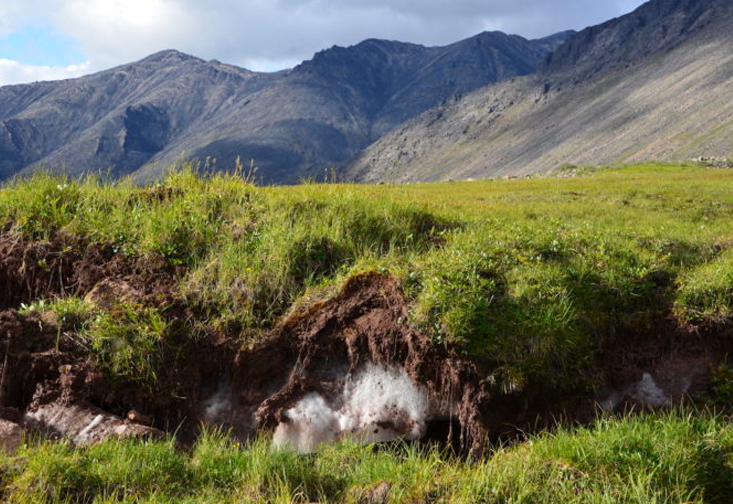 A new study finds by 2200, mercury emitted into the atmosphere annually by thawing permafrost could compare with current global anthropogenic emissions under a high emissions scenario.

The concentration of mercury in fish in Alaska’s Yukon River may exceed EPA mercury criterion by 2050 if greenhouse gas emissions are not constrained, according to a new scientific research paper co-authored by a professor at the University of South Florida’s St. Petersburg campus.

The new report, co-authored by USF Assistant Professor of Atmospheric Chemistry and Climate Change Yasin Elshorbany, estimates potential releases of mercury from thawing permafrost in high and low emissions scenarios. The paper predicts that by 2200, the mercury emitted into the atmosphere annually by thawing permafrost could compare with current global anthropogenic emissions under a high emissions scenario. Their results were published on September 16 in Nature Communications.

“If we can hit the Paris Accord target, we expect minimal impacts to mercury concentrations in fish and water. If we continue with unconstrained emissions, however, it is likely that we will see large increases in mercury concentrations,” said Kevin Schaefer, research scientist with the National Snow & Ice Data Center and lead author of the study. “What happens in the Arctic does not stay in the Arctic. The mercury emissions from thawing permafrost could persist for centuries, impacting the environment both locally and globally.”

The researchers have developed a model – which relies in part on data from the Moderate Resolution Imaging Spectroradiometer instrument aboard NASA’s Terra satellite – to predict how mercury emissions from thawing Arctic permafrost will change under different global emissions scenarios.

This paper follows a previous novel study by an interdisciplinary team that included Elshorbany, Schaefer and others to evaluate the climate policy implications of the decline of Arctic land permafrost, snow and sea ice. The study calculated the economic costs – in the trillions – due to accelerated Arctic climate change under several mitigation scenarios, and has drawn global scientific and public attention to Arctic permafrost climate feedbacks.

“The Arctic is warming two times faster than the global average, demonstrated among others by permafrost degradation. The thaw of permafrost due to climate change releases not only carbon emissions but also mercury,” said Elshorbany. “We need to comply with the Paris Accord target of two degrees Celsius. Otherwise, under a high emissions scenario, a significant portion of mercury will be released to the environment and it will continue for hundreds of years.”

The Yukon River is the fifth largest drainage basin in North America and home to one of the world’s longest salmon runs. It serves as an important commercial and subsistence fishery.