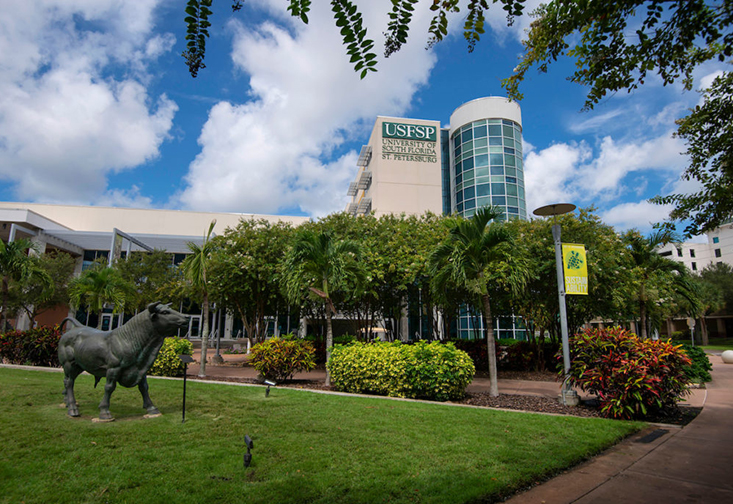 The USF St. Petersburg campus had a banner year for research funding in 2019-20, receiving more than $20 million in grants and awards, which is a new university record. The previous funding record was approximately $7 million during the 2018-19 academic year.

Funding sources came from a variety of national institutions, corporations and state organizations such as the National Science Foundation, the National Archives, AT&T, Gilead Sciences and the Florida Department of Education. Grants and awards are going towards the establishment of mental health awareness training in K-12 schools, community programs to diminish the stigma around HIV, research that seeks to uncover the true economic losses caused by red tide and cutting-edge exploration into early Florida history.

“This is a remarkable accomplishment for a campus of our size,” said Martin Tadlock, USF St. Petersburg campus regional chancellor. “The continued increase in research awards received by our incredible faculty is critical to all of us who live in St. Petersburg and the Tampa Bay region. The research directly addresses major societal issues impacting people’s lives, while the funding received goes directly into the local economy.”

Some of the major research grants received by the USF St. Petersburg campus over the past academic year include:

“The faculty at USF St. Petersburg continue to reach new heights with an unprecedented growth in successful grant activity,” said Cathi Cardwell, the interim regional associate vice chancellor of academic affairs and dean of the Nelson Poynter Memorial Library. “In addition to finding solutions for challenging societal problems, they work closely with our students to provide research opportunities.”

A list of all research grants and funded projects in the 2019-20 academic year can be found here: https://www.stpetersburg.usf.edu/research/