Honoring Our Heroes: Milton White Recognized for Helping Student Veterans and Impacting Lives of Many 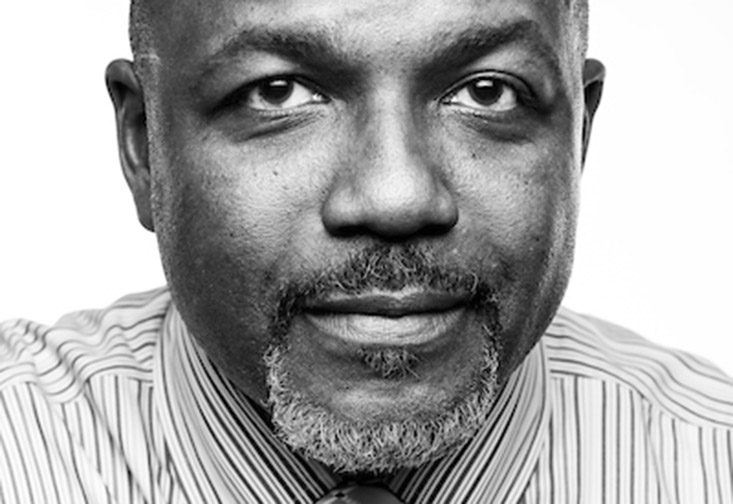 When Milton White needed it most, the U.S. Marine Corps became his family.

White now repays that favor, providing support and guidance to thousands of student veterans as they transition to civilian life through his role as Assistant Director of the Military and Veterans Success Center at USF St. Petersburg.

White was recently recognized for his many years of service, selected as the grand prize winner in AARP’s “Honoring Our Heroes” contest. Those who have seen White’s influence at USF St. Petersburg and beyond say the honor is richly deserved.

“He is one of the most selfless and thoughtful mentors,” said Katie Benton, Veterans Support Specialist at USF St. Petersburg, who helped coordinate the reception in White’s honor. “There isn’t a moment that he’s not thinking about how to improve the lives of all of the student veterans on this campus.”

White’s path to the military started on a pig farm in the town of Columbia on the Outer Banks of North Carolina, where White was raised. It was a deeply segregated area, which made life complicated when White fell in love with a woman of a different race when he was in high school.

Rejected by their families, White followed his girlfriend, Alison House, to N.C. State. When she became pregnant, the two of them decided to get married and start a family.

The newfound responsibility of becoming a father weighed heavily on White. So much so that he didn’t see a car coming toward him as he was crossing the street on the way to class one day. Luckily, he wasn’t hurt and the driver offered to take him to class.

“I told him about my family and how I was struggling with school,” said White. “He turned out to be a Marine Gunnery Sergeant and after he dropped me off, he waited for me after class.”

The Gunnery Sergeant encouraged White to join the Marines as a means of helping him provide for his wife and baby son. The Marine Corps was already special to White; his father, who died when White was seven, had been a Marine. White decided to enlist.

His first duty station was with VMFA-531, a fighter attack squadron at Marine Corps Air Station El Toro in California. All went smoothly for about two years, until White was temporarily deployed to El Centro, Calif., a few hours away from their home. The new deployment coincided with his second wedding anniversary, so his wife decided to leave their 20-month-old son, Milton Jr., with a neighbor and join White for a celebration.

On the way back home, Alison’s Volvo overheated as she was driving on Interstate 8, and she called White to let him know. He encouraged her to contact a neighbor near their home. That was the last he heard from her.

According to police reports, the neighbor arrived to find the car abandoned, Alison’s purse and luggage still inside. White and the neighbor searched for Alison but couldn’t find her.

Later, law enforcement officials arrested a drifter named Elmer Nance, whom witnesses placed near the freeway stop where the car had broken down. He confessed to raping and killing Alison and dumping the body in a nearby canyon. In 1992, Nance was sentenced to 30 years to life in prison for the crime.

Suddenly, White was a widower with an infant son and a broken heart.

“My Marine family really helped me through that time,” said White. “That’s when I knew I wanted to stay in the Corps for good.”

White traveled the world with the Marines. He served during both Gulf wars and visited Japan, Singapore, Hong Kong, Australia, Thailand and Djibouti. He rose through the ranks and became a Master Sergeant.

In 2009, after 25 years in the Corps, it was time for White to retire and enter the next stage of his life. He landed in St. Petersburg to be close to family and enrolled at USF St. Petersburg. But White quickly became overwhelmed. He struggled to balance his classes, navigate the new VA education benefit system and transition into a non-military setting.

“Culturally, it was so different,” said White. “There was a lot less structure. I really thought about dropping out.”

At that time, there was no dedicated center for veterans, although the Financial Aid office did provide benefits and support. He credits his fellow student veterans with helping him make it through school. After earning his degree in Business Administration, he was asked to stay at the university and assist other student veterans.

“I love the work I do,” said White. “I see their struggles because I am them. I had the same challenges. I’m able to see what they can bring to the table and I build on that.”

His passion and enthusiasm led to the opening of the Military and Veterans Success Center in 2015. The center provides support and guidance to veterans, active-duty military and eligible dependents, such as helping them navigate the VA benefit system and attain work-study jobs.

But White’s involvement in the veteran community doesn’t end there. He’s active with Tampa Bay Veterans Alliance and the Veterans of South Pinellas County Association. He’s a member of the Veterans Advisory Committee to Congressman Charlie Crist and the Veteran Transition Task Force initiated by Congressman Gus Bilirakis. White also serves as a mentor in the Pinellas County Treatment Court and USFSP Emerging Scholars program.

White’s efforts to help the veteran’s community have made a difference in the lives of many people throughout Tampa Bay and beyond, said Colleen Krepstekies, Associate State Director for Communications in Tampa Bay and Lead Coordinator for Veterans Outreach for AARP Florida.

“Over the past years, we have enjoyed working with Milton to help veterans in different ways because we know collaborating with him will always make a big impact to veterans of all generations,” said Krepstekies. “He is hugely admired by all who know him.”

The reception in White’s honor was held on April 25 at The Hangar restaurant, where he was presented with the grand prize of a cruise. He and his wife, Tawania, will sail from Boston to Maine and then to Canada on the Serenade of the Seas in September 2019.

White said he was honored to receive the recognition but insists it’s the students with whom he works who truly deserve the credit.

“I am truly blessed,” he said. “The students are really amazing. They are all leaders in their own right and I’m so lucky to work with all of them.”