University of South Florida St. Petersburg campus is Pinellas County’s only residential, public research institution. Located on Bayboro Harbor and in the heart of the city’s Innovation District, the USF St. Petersburg campus offers more than 40 undergraduate and graduate programs. USF's St. Petersburg campus has many of the advantages of a large public university while maintaining the ability to offer small class sizes in a close-knit learning environment. 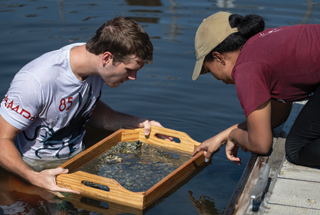 Many USF St. Petersburg campus students take the opportunity to engage in research and internships, and have done everything from working on presidential primary campaigns to creating startups to researching the abundance and distribution of microplastics in Tampa Bay.

The USF St. Petersburg campus is home to more than 80 student organizations, from the Co-Ed Sailing Team to the Puppy Raisers Club.

New state-of-the-art facilities include a STEM robotics lab that infuses teaching with the latest in science, technology, education and math, a Wealth Management

Center equipped with the resources and technology utilized by financial experts around the world and a new residence hall that will include the campus’ first full service dining facility.

Entrepreneur Kate Tiedemann donated $10 million in 2014 to name the USF St. Petersburg campus School of Business and Finance and pledged an additional $3 million in 2019 to endow the campus dean’s position within the school. 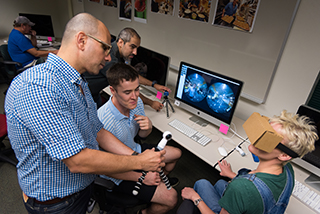 Faculty members have been part of the first team to film the elusive giant squid in U.S. waters, written books that have become national PBS documentaries and conducted cutting edge research on Alzheimer's disease, the economic impact of domestic violence and climate change. 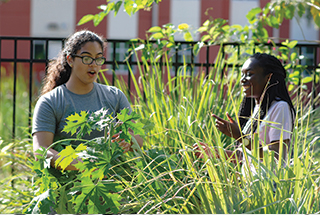 For the past three years, the USF St. Petersburg campus has been featured in The Princeton Review’s Guide to 399 Green Colleges. The publication highlights colleges with the most exceptional commitments to sustainability based on academic offerings, environmental initiatives and career preparation for students.

The USF St. Petersburg campus Warehouse Laboratory was awarded LEED Platinum status, which is the highest and most challenging certification to earn from the most widely used green building rating system in the world. It is the first building in USF to earn this recognition.

The USF St. Petersburg campus is the first university in the state to install an innovative ORCA biodigester, which naturally breaks down and diverts thousands of pounds of the university’s food waste from landfills each year.