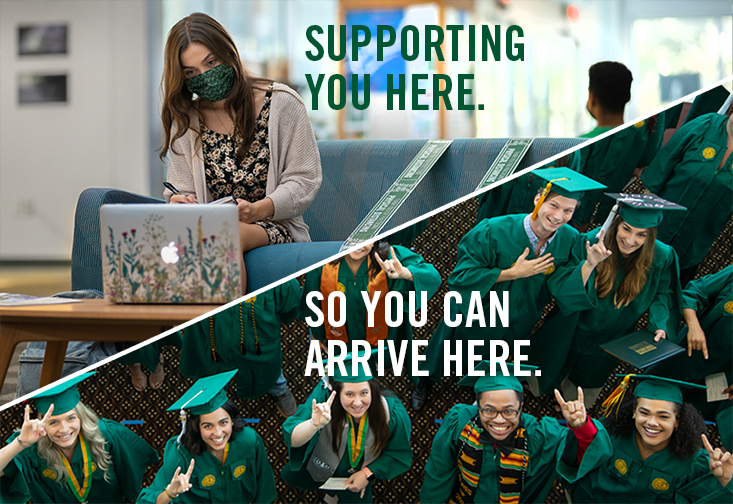 Major support for one of the programs came from donors who live in another state and learned about the initiative online.

Tom and Bharti Kirchner, from Bellingham, Washington, gave a gift of $52,000 to support Call Me MISTER after reading an online story about the program. MISTER, which stands for Mentors Instructing Students Toward Effective Role Models, aims to increase the number of male teachers of color in elementary schools with large populations of poor or at-risk students.

"We both strongly believe quality education is indispensable for equipping young people to lead lives of dignity as good citizens and productive members of society.  The potential for each highly motivated MISTER to steer hundreds, even thousands, of young Black students in that direction during their career makes it by far the best use of our contribution that we could think of," the Kirchners said.

They felt compelled to get involved after witnessing racism as children and seeing the civil unrest unfold in the Summer of 2020 after the death of George Floyd. The Kirchners then informed friends of theirs about the program, which resulted in a donation of $50,000 from Sita Amba-Rao, a retired professor in Washington.

Other recent gifts to the program include $50,000 from Duke Energy and a total of $23,000 from multiple individuals and friends of the Kirchners at various levels.  So far, $175,000 in donations have been given to the program. 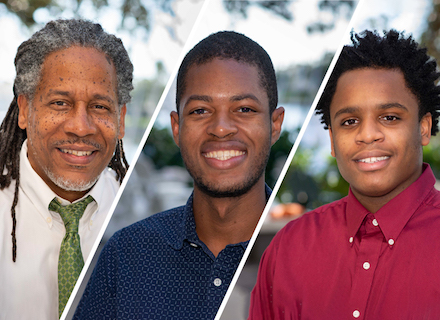 “Without their support, I don’t know how we would have been able to launch the Call Me MISTER program. Part of the guidelines for the program, licensed through Clemson, is that you don’t have to provide full tuition, but you do have to provide some type of financial support,” said Kate Samy, associate director of development at the USF St. Petersburg campus.

Founded and based at Clemson University, the innovative program has spread to more than 25 colleges and universities nationwide. USF is the only university to hold a license for the Call Me MISTER program in Florida, which launched at the university in January 2021 through a partnership with Pinellas County Schools.

Students enrolled in the MISTER program receive tuition assistance for approved areas of study, an academic support system to help assure success, social and cultural support, and assistance with job placement. In exchange, graduates agree to teach in urban or low-income elementary school classrooms – at least one year for every year they receive assistance from the program.

The other inclusive program that recently received support was the USF Pearls program, which helps students who were in the foster care system acclimate to life in college.

The USF Pearls program faced similar financial needs when it launched in Spring 2021. The university initially received $100,000 from Kate Tiedemann and Ellen Cotton to start the program. Since then, USF Pearls has received a $25,000 grant from the Joy McCann Foundation, which awards money to universities, non-profits and charities in the Tampa Bay area.

This support allows the university to offer individualized guidance and support for students emerging from foster care. There are currently 194 students from the foster care system enrolled at USF campuses.

Studies have shown that less than five percent of students who come from the foster care system earn a two or four-year college degree. At USF, some of these students who enrolled, but dropped out, said they had difficulty connecting with professors and navigating the institution. Others didn’t know they had available stipends through the Florida Department of Children and Family Services that helps with books and housing.

“We started by looking at best practices, mirroring other institutions, and trying to figure out how to develop this program. We did so intentionally by creating a coaching and care management model where we would reach out to them as soon as they were accepted,” said Joseph Contes, director of Student Outreach and Support.

Around $15,000 of the grant will be used as an emergency fund for students from the foster care system, who tend to have unique funding challenges. The other $10,000 will be used to help start a level three training program that will make USF the only institution in the southern region that can provide coaching to other institutions that are pursuing programs similar to USF Pearls.

“It’s a privilege to share spaces with these students, to hear their stories, and reaffirm to them we care. We do that by supporting them while earning a degree and entering a career path, which is one of many reasons why they chose USF,” Contes said.