All sessions will be available on the conference portal until December 1, 2020 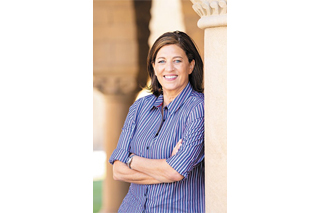 Dr. Jo Boaler is the Nomellini & Olivier Professor of Education at Stanford University. Former roles have included being the Marie Curie Professor of Mathematics Education in England, and a maths teacher in London comprehensive schools. Her PhD won the national award for educational research in the UK. She is an elected fellow of the Royal Society of Arts (Great Britain), and a former president of the International Organization for Women and Mathematics Education (IOWME). She is the recipient of a National Science Foundation ‘Early Career Award’, the NCSM Kay Gilliland Equity Award (2014) and the CMC Walter Denham Mathematics Leadership award (2015). She is the author of fourteen books and numerous research articles. She is a White House presenter on women and girls. She co-founded www.youcubed.org to give teachers, parents and students the resources and ideas they need to inspire and excite students about mathematics. Her work has been published in the New York Times, TIME magazine, The Telegraph, The Atlantic, The Wall Street Journal and many other news outlets. Her latest book is: Limitless Mind: Learn, Lead & Live without Barriers, published by Harper Collins. She is currently co-leading a K-12 Data Science Initiative and was named as one of the 8 educators “changing the face of education” by the BBC. 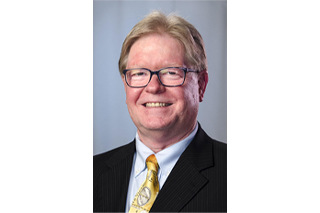 Tadlock has secured more than $10 million in grants and contracts and managed more than $140 million in capital projects over his career. He was instrumental in securing private support resulting in a state financial award for the 360° Manufacturing and Applied Engineering ATE Regional Center of Excellence, one of two National Science Foundation Applied Technology Education Centers of Excellence in Minnesota.

Tadlock began his career in education as a middle school teacher more than 40 years ago. He then served as a professor of middle level education and director of the Center of Education for the Young Adolescent, a Wisconsin Center of Excellence at the University of Wisconsin Platteville. Tadlock was a professor of middle level education, program coordinator, team chair and assistant dean at Utah State University, where he established the first middle level teacher licensure program in the state and the largest graduate seminar in the western U.S., the Rocky Mountain Middle Level Education Seminar, which served over 300 middle school teachers and administrators every year.

Tadlock has a bachelor’s in geography and master’s in secondary education from Utah State University. His doctoral degree is in educational administration and leadership from Miami University of Ohio where he studied with Henry Giroux, Peter McClaren, and other critical theorists. 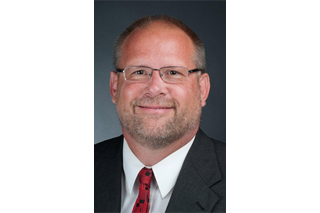 Prior to his current position, Rettig served as Associate Vice Chancellor for Academic Affairs at the University of Wisconsin Oshkosh where he served also as a faculty member since 1997. He began his career as a public school teacher in Pulaski, Wisconsin before moving to Sheboygan, Wisconsin where he served as a principal for seven years. He also served as a professor of educational leadership for one year at Northern State University in Aberdeen, South Dakota.

The author of six books, twenty articles, and dozens of presentations to national and international audiences (including Beijing, China; London, England; Belfast, Ireland; Vienna, Austria; and, Melbourne, Australia), Dr. Rettig keeps an active research agenda. His current focus is democratic governance and shared decision-making. Critical Theory has always been a center piece to his scholarship.

Paula Quinn is the founder of Honoring Thurgood, an organization that promotes social justice and equity through a focus on practice, research, and scholarship in the areas of pedagogy and education systems. Through work with students and faculty in the project-based learning realm, she knows that we can create and support equity in education spaces if we meet students where they are, create psychologically safe spaces for them to be, teach them what it means to be a good team member, and show them how a good team member acts. She has been privileged with many opportunities in her life, and she strives to create opportunities that will support every other individual’s pursuit of a fulfilling life.

Dr. Brian Barnes is a “Scholar” at The Foundation for Critical Thinking, which has been operating for 40 years to teach and perpetuate fair-minded critical thinking processes across the globe; Barnes completed post-doctoral work there with the late Dr. Richard Paul. Barnes also teaches Critical Thinking classes at universities in Kentucky and Indiana, and he publishes regularly on the topic. For Barnes, Critical Thinking contains tools for analysis, assessment, character development, bias detection, and for building integrated, ethical community, no matter what the discipline or topic.